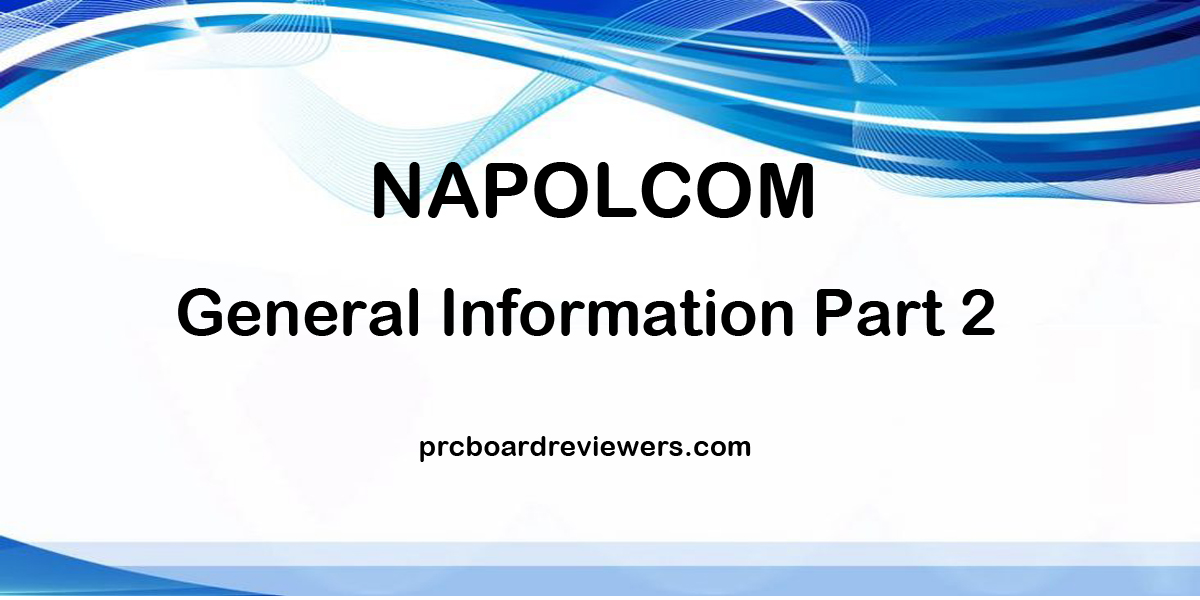 1. The “second city” of the Philippines and the second most populous metropolitan area in the Philippines after Metro Manila.
A. Baguio City
B. Quezon City
C. Angeles City
D. Cebu City
E. Zamboanga City

2. Who is the third richest man in China who has net worth 22.7 billion dollars and whose wealth come from e-Commerce?
A. Jack Ma
B. Wang Jianlin
C. GuoGuangchang
D. Li Hejun
E. Robin Li

3. The judicial power is vested in the ______ .
A. Courts
B. Office of the President
C. Congress
D. House of the Representative

4. What is a satellite-based navigation system made up of a network of 24 satellite placed into orbit by the US Department of Defense ?
A. Cell phone
B. GPS
C. Internet
D. Mass Transit
E. Two-way Radio

7. The order issued by the same Senate Impeachment Court to a person to appear therein and testify is:
A. Subpoena Duces Tecum
B. Writ of Amparo
C. Writ of Habeas Corpus
D. Subpoena Ad Testtificandum

8. In November 2013, the court ruled that the fund from what government revenue should be reserved for financing “energy resources development and exploitation activities?
A. NAWASA
B. NAIA
C. Meralco
D. Manila Water
E. Malampaya Natural Gas Facility

9. A remedy for the protection of constitutional rights which can be invoked by any person who believes that any of his rights, implicitly or explicitly protected by the constitution is being violated.
A. Writ of Amparo
B. Writ of data
C. Writ of habeas corpus
D. Writ of kalikasan
E. Writ of mandamus

10. This is a state-run, social insurance program in the country to workers in the private sector, wage earners s well as self-employed persons.
A. GSIS
B. PAG-IBIG
C.SSS
D. Philhealth
E. NSO

11. A historical urban park in the Philippines, ones of the largest urban parks in Asia which is located along Roxas Boulevard and adjacent to the old walled city of Intramuros.
A. Plaza Goiti
B. Rizal Park
C. Plaza Miranda
D. Malate Park
E. Baywalk

13. This fault possesses a threat of a large scale earthquake with an estimated magnitude between 6-7 and as high 7.5 within Manila Metro Politan Area with a death toll predicated to be as high 35,000 and some 120,000 or higher injured and more than three million needed to be evacuated.
A. Marikina Valley Fault System
B. Laguna Fault System
C. Mountain Province Fault System
D. South Valley Fault
E. Nueva Ecija Valley Fault System

14. How may the President and Vice President be removed from office?
A. People’s Initiative
B. Referendum
C. Impeachment
D. Recall
E. Election protest

16. What was the first challenge to Spain’s control of the Philippines after 191 year of rule?
A. American Invasion
B. The arrival of the Chinese
C. The Japanese Attack
D. British Invasion
E. The Filipino revolt

17. The Smart Araneta Coliseum, an indoor multi-purposes sports arena that is part of the Araneta Center in the Cubao area of Quezon City is also known as _______ .
A. The Dome Arena
B.  The Big Dome
C. The Coliseum
D. The Dome Colesium

19. What was the historical event that coincide with Gloria Diaz’ winning the Miss Universe title in 1969?
A. Man landing in the Moon
B. The assassination of JFK
C. The death of Elvis Presley
D. The rise of The Beatles
E. Indira Gandhi be

20. An administrative region of the Philippines which is composed of Mindoro, Marinduque, Romblon and Palawan, Mimaropa is designatedas what region?
A. Region III-B
B. Region V
C. Region IV-B
D. Region II-A