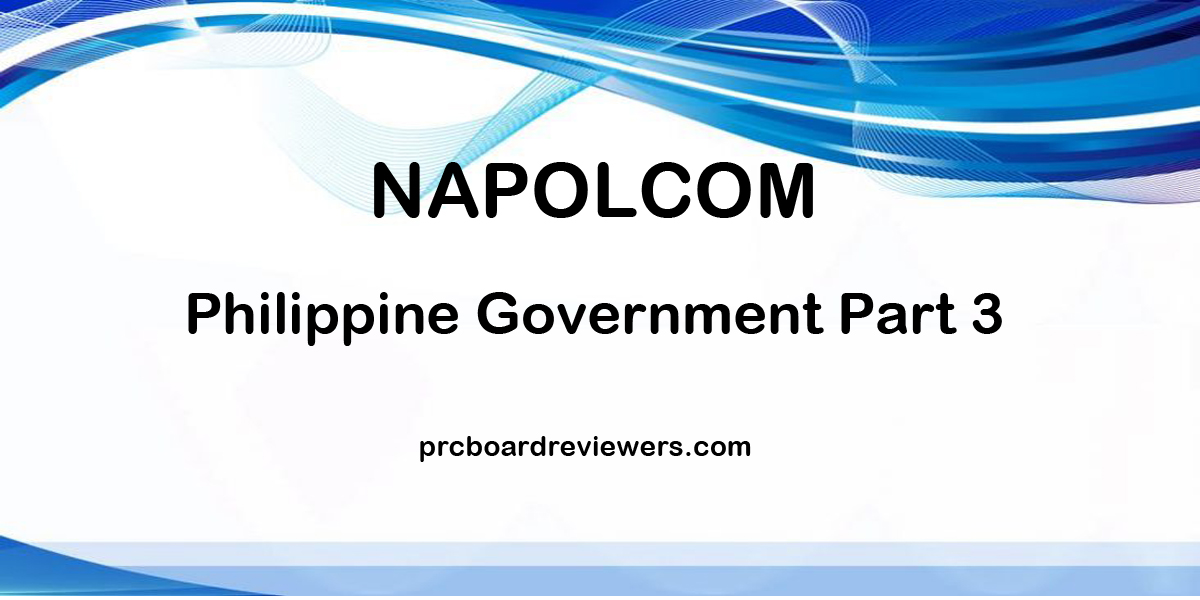 1. In charge of the enforcement and administration of all laws relative to the conduct of elections in the Philippines:
A. Commission of elections
B. Electoral Tribunal
C. Election inspectors of each locality.

2. The sole judge of all consent relating to the returns election and qualifications of representing and senators.
A. Electoral Tribunal
B. Commission on Election
C. Supreme Court

3. Fundamental, the electorate, as an agent of popular control:
A. determines policies of the government
B. selects those who are going to rule the state
C. dictates how the government should be run.

4. A candidates of the House of Representative must, in addition to his other qualifications be:
A. a resident of the district where he will be elected
B. a resident of the province in which he chosen
C. a citizen of the Philippines at the time of his election.

5. The article of the Consitution which deals with suffrage:
A. Article  VII
B. Article V
C. Article VI

6. The issue which lead to the formation of the Pros and Antis was:
A. Tydings-McDuffie Law
B. Quezon’s dictorial rul
C. Hare-Hawes Cutings Law

7. Founded by Tavera, This party advocated statehood in the American Union:
A. Partido Urgenista
B. Partido Federalista
C. Union Nacional

8. This law, which was later on lifted by Governor-General Ide, hampered the early formation of political parties advocating independence for the Philippines:
A. Sedition Law
B. Election Code
C. Martial Law.

11. The most common method of nominating candidates for the government offices in the Philippines is:
A. self-announcement
B. direct primary
C. convention

12. The election code allows once of the following as a source of party finances:
A. contributions from foreigner and films
B. funds solicited from government employees
C. contribution from candidates themselves.

13. As a reaction against the conservatism of the Nacionalista Party, a faction seceded from it and organized the:
A. Partido Democrata
B. Partido Progresista
C. Liberal Party

18. To be a member of Congress, one must be:
A. natural-born citizen
B. naturalized citizen
C. citizen
ANS: A

19. The regular session of Congress commences:
A. on the last Monday of January
B. on the fourth Monday of July every year
C. on the date set aside by the president.