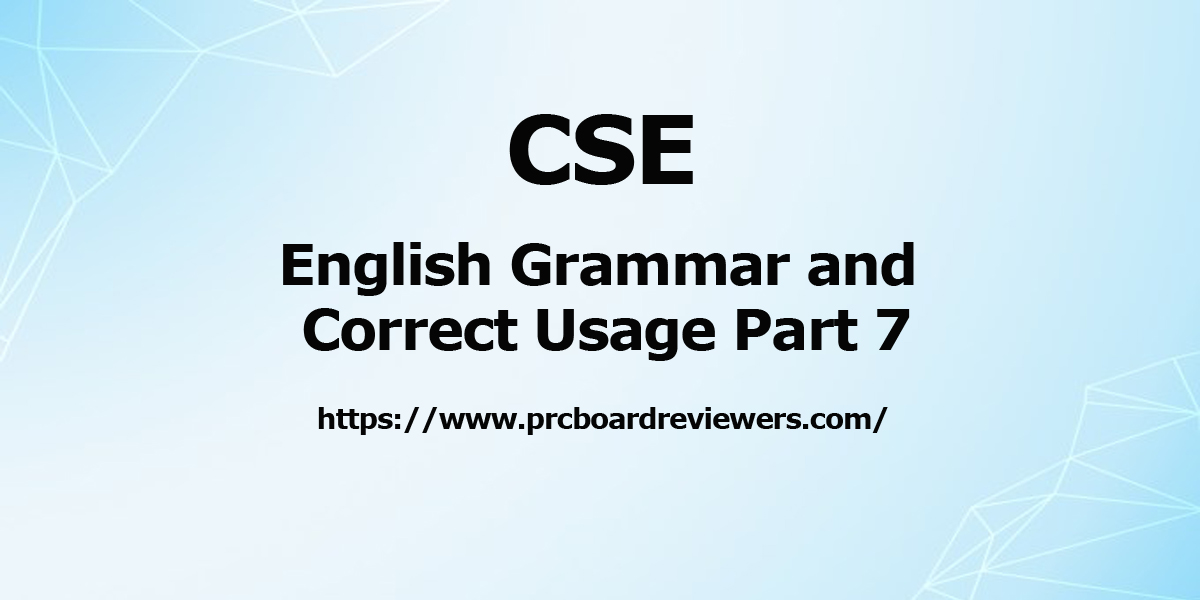 Sentence Completion
Each sentence below has blanks each blank indicating that word has been a mined. Beneath the sentence are five numbered sets of words.
Direction: Choose the set of words that best fits the meaning of the sentence as a whole.

1. We should teach our children creative and critical thinking so that they can ______ with life in the 21st century.
a. cope
b. cope on
c. cope up
d. cope for

4. The meeting ended without any plans for ______ discussions.
a. farther longer
b. further more
c. farther
d. further

5. She went ______ away from her family than she had gone before.
a. farther
b. farther more
c. further
d. further more

8. Let the company call in a ________ mediator to settle the dispute.
a. uninterested
b. not interested
c. disinterested
d. malinterested

11.  Except for you and I, everyone brought a present to the party

12. The reason I came late to office today is because the car broke down.

13. When the war is over, no nation will either be isolated in war or peace.

14. The supermarket owner hadn’t hardly any of those kind of canned goods

15. Irregardless of the outcome of the competition, our schools will remain staunchly allies

17.  Neither the earthquake or the subsequent fire was able to destroy the spirit of the populace.

18.  Of the two candidates for this government position, Jose Marie is the most qualified because of his experience in the field.

19.  He has not violated the law, but also he has escaped punishment.

20.She seldom ever wants to try and face the true facts.